Does your fantasy ever shock Mistress? 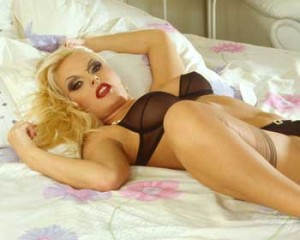 Does your fantasy ever shock Mistress?  I’ve had that question several times in recent months and I love you feel safe enough with Me to ask things like that!  You know that this blog is all about talking about the sometimes difficult issues and all sorts of kinky sex fetish topics.  So, let’s talk about this.

This is prompted by a comment by maidsteph1 on one of My polls on our adult social networking site, Enchantrix Empire.  You know I think a sissy maid is such a fun playmate so I laughed out loud when I read what she wrote.  Sometimes it takes a sissy to ‘man up’ and confess!  ~laughs~

She said, “I had wondered if they were weird but the members and Ms on EE have shown that others have the same fantasies and very little seems to shock the LDW Mistresses. “

So, let’s turn the question back to you!  What did you think was “weird” until you tried it?

I’ll get the comments started with this one from pantysue on EE, “I have sometimes thought things were weird until i tried them… once i considered wearing panties and a bra for a guy weird. Just look at me now!”