What is a fetish? 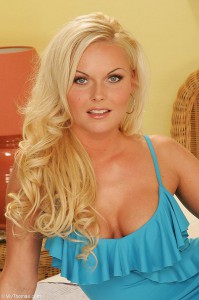 I did a poll on our adult social networking site, Enchantrix Empire asking for comments about your fetish.

It’s interesting to learn what YOU think about the term fetish.  I got this email from someone and I’m going to post it here:

“I’ve gone back to basics and look up the proper Oxford Dictionary definition and it is ….“A form of sexual desire in which gratification is linked to an
abnormal degree to a particular object, item of clothing, part of the body, etc.”

Which doesn’t state that it needs to be all consuming, just ‘to an abnormal degree’ held by someone else’s standards, and, as we’ve said, each person is different and has different viewpoints as to what is ‘normal’.

I’ve also check the origin of the word, fetish. It comes from the early 17th century French word ‘fétiche’ which was originally used to denote an object used by the peoples of West Africa as an amulet or charm) and the Portuguese ‘feitiço’ meaning charm, sorcery.

So from that I am getting that a fetish is actually an object, item of clothing, part of the body, etc used by someone (a woman?) to charm, seduce and create sexual desire in someone else!”

Well I think I have stumbled across some evidence to back up my theory!

As you know, I don’t have a foot fetish but I’ve become aware, just walking around town, of the difference in the number between women who are showing off at least some of their bare feet (lots!) and of men doing the same (none!)

In offices, men always have their feet totally covered with socks and shoes, but it is commonplace for women to have their bare feet/toes on
show!

So any male who is the slightest bit susceptible to a foot fetish is being tempted and tantalised everyday (at least through summer) by the
pedial charms of the women around him!

Whereas for you women, you can just concentrate on creating more fetishes in us men!

Thanks peterteasetoy!!  This email made me laugh!  ~grinz~

Now to blog readers, what are YOUR thoughts?