Who is in charge: Mistress or submissive? 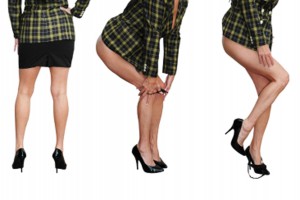 Each Dominance and submission scene is unique because the players are individuals.  When, where and how the players get together has an impact on the dynamics of the scene.  A Pro Domme will have one set of rules and ways to do things.  A relationship that is unpaid, inside of a kinky fetish community will have different expectations and dynamics.

In any call, the first thing I do is establish control of the call.  This means I am guiding the call.  Sometimes I am very subtle and sometimes strict or stern.  I ask questions, find out what My caller wants and then we take it from there.  I insist on the mutuality of a call where the client is expected to communicate what he/she wants.  I’m very good with shy, quiet callers but won’t put up with passive aggressive behavior.  There’s a difference and we all intuitively know when a call doesn’t “click.”

Submission is a gift to Mistress

Here’s the way I think about gifts. Gift giving is a symbiotic relationship. In order to GIVE a gift you must have someone who is willing (and able) to ACCEPT the gift.

Giving gifts is TONS of fun! I love giving gifts!!!! To *see* someone light up with an unexpected surprise fills Me with ….. hmmmmmm, light and air and tingly feelings! It’s the BEST! BUT, I’ve also been on the side where I was trying to give a gift and the person was ohhhhh no no, I can’t take that from you. Then, that light, airy feeling collapses and I start to feel constrained and just plain ICKY.

Some people are FANTASTIC gift receivers and some aren’t. THEN to compound it, you have some people who EXPECT gifts and that sort of self absorbed arrogance of entitlement totally KILLS the yummy feeling I get when giving a surprise gift.  That type of person is no *fun* to give a gift to either!

So, to have fun giving a gift there needs to be the right kind of person on the receiving end. Someone whose response fulfills what you’re looking for as the gift giver. Just like Power Exchange between a Dominant and a submissive….their energy, styles, etc have to mesh together. When people *click* it’s the *zing* that brings life to LIFE.

Who is in charge during a fetish scene?

Back to the original question – who is in charge.  Mistress is in charge of the scene.  Both are communicating in the dance and desire of power exchange before and after the scene.  What do you think?