Your Questions for the Experienced Mistress 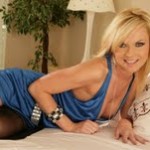 What are your questions for this Experienced Mistress?  You can ask Me anything.  I’ll either answer you or tell you that I’m not going to answer and give you a reason why.  For example if you want My address I will say no (LOL) but feel free to ASK what you want 🙂

The single most common question from our suck patrol site is about sexuality of a man who fantasizes about sucking cock.  So, are you curious about your sexuality or sexual preference?  Ask Me!

Questions about this Experienced Mistress

I tend to tell you a lot about Me and people always have questions.  What would you like to know?

Post your questions here and I’ll answer in My replies.  ENJOY!