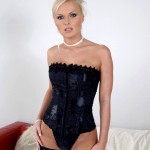 I hear a LOT of confessions.  There’s something about the safety of talking on the phone that makes it easy to say what you really want in the sexual experience of your wildest dreams.  Some people only want to talk about naughty thoughts.  Some want to do a phone sex roleplay of the scene.  Some really want to take kinky desires into real life.  Which one are you?  I want you to leave a comment and tell Me!

Connection from sharing your sex secrets

When you actually say your darkest desires out loud you can experience a new level of sexual intensity.  I’ve done lots of posts about intimacy and phone sex and why you can get here what you don’t get in real life.

Can’t or don’t want to talk to your real life sex partner?

That is the reality of most real life relationships.  Some callers tell Me that they’ve tried to talk to wives or girlfriends.  One recent closet crossdresser told Me that he did talk to his wife and now she wants him to stop crossdressing!  One of the most common secrets is the man who is fascinated by dicks and cock sucking.  Can you share that in real life?  When you talk to Me about it you don’t get that judgment and you will get the experience you so enjoy!

I’d love to read comments from you and hear what you have to say about YOUR secret sex thoughts.

This website uses cookies to improve your experience while you navigate through the website. Out of these, the cookies that are categorized as necessary are stored on your browser as they are essential for the working of basic functionalities of the website. We also use third-party cookies that help us analyze and understand how you use this website. These cookies will be stored in your browser only with your consent. You also have the option to opt-out of these cookies. But opting out of some of these cookies may affect your browsing experience.
Necessary Always Enabled

Performance cookies are used to understand and analyze the key performance indexes of the website which helps in delivering a better user experience for the visitors.

Analytical cookies are used to understand how visitors interact with the website. These cookies help provide information on metrics the number of visitors, bounce rate, traffic source, etc.

Advertisement cookies are used to provide visitors with relevant ads and marketing campaigns. These cookies track visitors across websites and collect information to provide customized ads.

Other uncategorized cookies are those that are being analyzed and have not been classified into a category as yet.